Interview: Josie Bissett on the Joy of Giving and Paper Angels

Just in time for the heartwarming holiday season is Up TV’s inspirational movie called “Paper Angels,” which stars “Melrose Place” alum Josie Bissett. In “Paper Angels,” which premieres tonight, Nov. 16 at 7 p.m. EST/6 p.m. PST, abused wife Lynn (played by Josie) leaves her alcoholic husband, Darryl, and with her two kids, Thomas and Sara, she escapes to another town where she works as a waitress to make ends meet. Thomas starts a new school and becomes the target of a bully who is threatened by how well Thomas plays basketball. Unable to join the high school team midyear, Thomas goes to the community center where he meets Kevin (played by Matthew Settle of “Gossip Girl”), and the two of them become unlikely friends through pickup basketball games. Little do they know the tremendous impact they will have on each other’s families come Christmastime through the Salvation Army’s Angel Tree Program.

The movie is inspired by the hit country Christmas song featured in the movie, “Paper Angels,” by country music star Jimmy Wayne and the same-titled book by Jimmy (with Travis Thrasher). Jimmy also wrote and performed two new songs for the film. I spoke with Josie about the film, and she is thrilled to bring Jimmy’s story to life for her fans … and hopes they’ll open their hearts to those in need this holiday season.

Celebrity Extra: Tell me, what it was about this movie that made you want to be a part of it?

Josie Bissett: The first thing I ever look at in the script is the character, if it’s someone I want to play. And to me, the greatest part of making the decision was the character. That got me because I loved playing someone who was falling apart in the beginning, but then she really takes the reins of her life and her two kids, who were the same ages as my two kids in real life.

CE: So in some aspects, could you relate to her struggles?

JB: I’m a single mom, so yes, I really related to her struggles of being on her own, making a life for her and her kids, and the adjustments and changes that brings to her life. That part was really relatable. And I love the fact that she works hard. This character is not something I’ve ever played before, and I loved getting to play that. My characters are usually pretty put together. As far as the script goes, I really love playing a mom these days, and I just love working with kids. I feel like it brings so much joy to the set, because they are so happy to be there.

Also, I’m a big fan of Jimmy Wayne, and then hearing his story — what a phenomenal person! Knowing that it was loosely based on his life — he’s a country singer who had this absolutely horrific life and who is out there trying to help teenagers who are homeless, who are aging out of the foster-care system. It’s something you don’t really know about unless somebody tells you. And it’s tough. It’s sad. 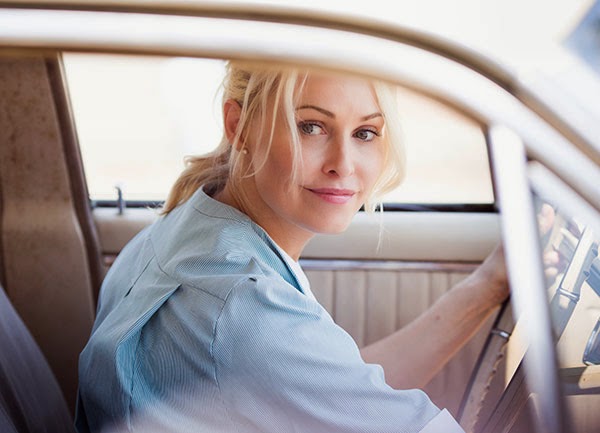 CE: What’s the biggest message of the film that you’d like to impart?

JB: The biggest message that I know that I want to get out is the Salvation Army’s Angel Tree Program and all the Salvation Army does to help. (To learn more, go to salvationarmyusa.org.) When you realize how just one simple thing — like picking an angel off a tree and buying presents for a deserving child — can change that child’s life, you think: “Why aren’t these everywhere? Why aren’t we all helping?” Some of these families, they have nothing. As I get older, I really want to give back. I feel blessed to have all the wonderful experiences, health and all of that. I went through a really, really tough four years. Really tough. And I think that when you go through tough times, you truly learn compassion.

CE: “Paper Angels” is a really sweet movie that inspires people to assist those who might need a helping hand. Tell me about some of the charities you’re involved with.

JB: This month, I’m going on a Mission trip. My whole life I’ve been traveling, but I went straight from work to kids and, with kids, there’s not a lot of time for that. But now I’m older, and my kids are older. I’ve joined this incredible foundation; it’s called Starkey Hearing Foundation.

CE: I interviewed Justin Osmond a few years back, and he is very involved with Starkey. It’s such a great group.

JB: It’s a really incredible foundation. I’m going Sri Lanka right after my press for my movie, and I am just so excited. It’s the kind of the direction I want to go, to be able to do more of that, and more of these kinds of movies like “Paper Angels.” Just putting good stuff out there in the world as opposed to, you know — I watch the news every morning, and it’s just really scary.

CE: For those who can’t travel, or maybe can’t afford too much, how can we help others this holiday season?

JB: If you can’t afford to buy anything for anyone, the Salvation Army needs help packing the gifts. So that’s another option, helping with your time.

CE: What else do you have coming up?